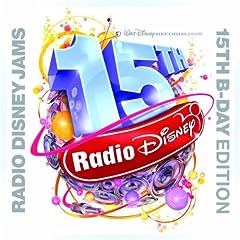 From its inception in 1996, kid-driven and mom-approved Radio Disney has not only played hit songs, but also established superstars within the Disney family and beyond. This sensational new collection represents Radio Disney's past and present, featuring industry legends as well as up-and-coming young artists.