Original Song "Back to Life" Performed by Alicia Keys 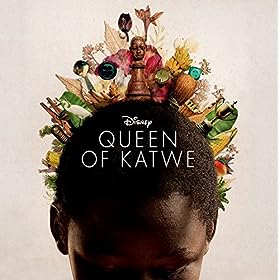 Fifteen-time GRAMMY® Award-winning recording artist Alicia Keys' new original song, "Back to Life," also appears in the film's end credits. "Back to Life" was written by Alicia Keys, Carlo Montagnese and Billy Walshand produced by Illangelo and Keys. A featurette featuring the singer/songwriter/producer can be viewed here.

The soundtrack is rounded out with a rich compilation of African songs featuring artists from Uganda and neighboring countries. It includes the original song "#1 Spice" written and performed by Young Cardamom & HAB, as well as the poignant ballad from the film's epilogue, "Home Again" by chart-topping artist Michael Kiwanuka.

Alex Heffes said, "Scoring Queen of Katwe for Mira Nair and Disney has been a musical pleasure. The film is so rich in humour, human drama and emotion, and it provides a great canvas for music. Bringing the game of chess alive musically was a real challenge. We scored many of the games as 'mini dramas' and hope that the score can guide all viewers - chess novices and experts alike - through the drama of the scenes."

"Queen of Katwe" is based on the vibrant true story of a young girl from the streets of rural Uganda whose world rapidly changes when she is introduced to the game of chess, and, as a result of the support she receives from her family and community, is instilled with the confidence and determination she needs to pursue her dream of becoming an international chess champion. Directed by Mira Nair from a screenplay by William Wheeler, "Queen of Katwe" is produced by Lydia Dean Pilcher, p.g.a. and John Carls, p.g.a. with Will Weiskeand Troy Buder serving as executive producers. The film stars Golden Globe® nominee David Oyelowo, Oscar® winner and Tony Award® nominee Lupita Nyong'o and newcomer Madina Nalwanga.