When I visited the Disneyland Resort yesterday, I stumbled onto a CD I hadn't seen before: 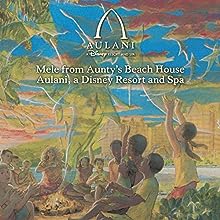 It features 13 classic Disney songs, sung in Hawaiian. I asked the merchandise CM about it and she said it had been in stock for the past month or so, and the CD includes the music played in the elevators at Aulani.

It's available for digital download on Amazon and iTunes.

A review on Amazon says, "We went to Aulani 5 years ago and went to Aunties Beach House where they played these songs."

A review on iTunes says, "We are still at Aulani now. Wanted this and found it here instead of getting the cd. They play this all over the resort."