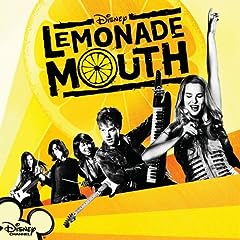 [/floatright]Burbank, CA — Walt Disney Records' soundtrack to the hit Disney Channel Original Movie "Lemonade Mouth" debuts at #4 on the Billboard 200 Chart after scanning over 69,000 units in its second week of release, according to Nielsen SoundScan.

Released on April 12, the album debuted in the Top 20 on the Billboard 200 and fast tracked its way to No. 1 on the iTunes Soundtrack chart and was No. 4 on the Album Overall chart. The album also ranked No. 1 on Billboard's Soundtrack and Children's Music charts. Moreover, hit songs "Somebody," "Determinate," and "Don't Ya Wish U Were Us" rank in the Radio Disney Top 30.

Based on the book Lemonade Mouth by Mark Peter Hughes, the script was written by April Blair, directed by award-winning Patricia Riggen ("La Misma Luna" aka "Under the Same Moon"), executive-produced by Debra Martin Chase ("The Sisterhood of the Traveling Pants," Disney Channel's "The Cheetah Girls" movies), co-produced by Gaylyn Fraiche ("Just Wright," "Sisterhood of the Traveling Pants 2"), and choreographed by Chris Scott ("So You Think You Can Dance").

"Lemonade Mouth," really? That name just begs for the immature thoughts it conjures.
Spaceship Earth glows with billions of interactions, carrying news and information at the very speed of light.