I am reserching everything about Disney most magic and best show ever Fluppy Dogs. I have the best collection of anybody but I don't know music. Can you help me. If you know Fluppy Dogs music please send. This important reserch and am needing it NOW!!!! Me and my daughter thanks you.

There is a great emoticon on wdwmagic.net that I use, one where the smiley face is banging it's head against a brick wall. I wish I had access to it right now.
K

Did you send Fluppy Dogs? I don't know how to download it from here. I did it one time when I need to decode with some program. Please teach me how to decode. Thank you.

I send a email to Disney cause my friend has Disney email. She answered me fast cause the reply was here today when I waked. This is the email from Disney.

Thank you for your recent email to The Disney Store. Unfortunately, we are unable to assist you with your request. While we sell Disney merchandise, "Fluppy Dogs" is not part of our current catalog. If this situation should change in the future, we would be more than happy to try to accommodate your request for "Fluppy Dogs" merchandise.

Thank you for your interest.

Thanks! I went to Youtube and found something but I can't download. Also I want music. Someone said that Disney listens to this chat. Maybe they will listen to my request.
X

Am I the only person here who had never heard of a Fluppy Dog before this thread?

Playlist Author
No, you are not alone.

Playlist Author
Anyone want to guess whether FluppyDog = Bill?

Horizons said:
Anyone want to guess whether FluppyDog = Bill?
Click to expand...

I was thinking the same thing. If it is Bill, not to worry about the clutter, as the posts will eventually [topic="3704"]vanish into thin air[/topic]. 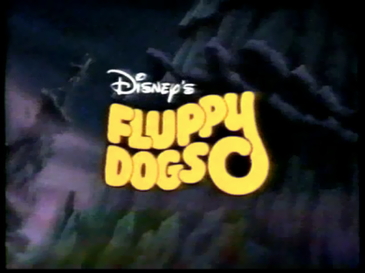 You're on about this as if it were a Bruce Broughton CD or a quest to get your picture taken with a Rubberhead.

Glad you started a petition tho, worked wonders for WDWguy!

Fly away piggy, fly away!

It's not my petition. I'm just passing along the link. Nope, it won't do a darned bit of good.

Sorry to disappoint you further, but I am not nor I have I ever been - Bill.

I think that maybe ASSUMPTION is part of your bigger problem (i.e. assuming that your posts are funny).

You're on about this as if it were a Bruce Broughton CD or a quest to get your picture taken with a Rubberhead.

Glad you started a petition tho, worked wonders for WDWguy!

Fly away piggy, fly away!

What are you talking about?

Well, then, the two of you might want to get together over lunch or something, since you're both into making remarks about Bruce Broughton, disneyphilip, WDWguy08, and myself. And, just think, it took you less than 7 posts to find common ground. Who needs eHarmony?!

Should our administrator ever return, I suppose we could ask him to look at the IP addresses for recent posts by Bill, FluppyDog, Dr. Ocer Rp.M., and any other interesting characters that choose to pop in.


Dr. Ocer Rp.M. said:
assuming that your posts are funny
Click to expand...

You're a regular laugh riot, yourself.
Jay - Magic Music

Ximagineer Fluppy Dogs is the greatest show. You have to watch and you can on You Tube like Steven Levine says you can. I don't understand why people post things not about Fluppy Dogs. I don't think you have to be so mean. You should watch Fluppy Dogs before you post so mean things.

FluppyDog said:
I don't think you have to be so mean. You should watch Fluppy Dogs before you post so mean things.
Click to expand...

This is advice that EVERYONE on the net needs to take to heart.

Instead of the music of the Wyld Stallyns, perhaps it will be Fluppy Dogs that holds the key to world peace and ultimate truth.
Jay - Magic Music

The music for Fluppy Dogs was composed by Shirley Walker.

Here are some importnat reserch by Wikipedia:

From Wikipedia, the free encyclopedia

Shirley Walker (April 10, 1945 - November 29, 2006) was an American television and film composer and conductor. She was one of only a very few female film score composers.

Shirley Walker served as composer for numerous productions, including films such as Memoirs of an Invisible Man, Willard and the Final Destination trilogy of movies and television series such as Falcon Crest, Space: Above and Beyond, China Beach, and The Flash. The Flash was one of many collaborations Walker did with composer Danny Elfman. She was his conductor on projects such as Scrooged and Batman. She had tirelessly served as a Board Member and Vice President for The Society of Composers & Lyricists (SCL), often speaking out on behalf of composers and their working conditions. Articles and interviews are written by and about Shirley Walker in the SCL's publication, THE SCORE, a publication in print since 1986 by and about professional film/television/video game composers, songwriters and lyricists -- and where Shirley spoke her mind. [1]

Her association with the popular DC Comics character extended to television where she served as composer on Batman: The Animated Series, Batman Beyond and Superman: The Animated Series, setting a standard for the musical tone of the DC Animated Universe. Series fans and film score enthusiasts alike praise her animation work for its classical reliance on theme (music). Despite the fact that very few female composers exist, Shirley Walker was not recognized during the "In Memoriam" segment of 79th Academy Awards [2].

Shirley Walker died on November 29, 2006 from a stroke that she experienced two weeks before. She passed away only eight months after the death of her husband, Don. She is survived by her two sons, Colin Walker and Ian Walker.