In "Enchanted," a princess (Adams) is banished by an evil queen (Sarandon) from the animated home of Andalasia to the live-action, present-day New York City.

Menzel earned a Tony for her turn as Elphaba in Stephen Schwartz's Wicked. The actress who appeared in the original cast of Rent reprised her role for the recent movie version. Other credits include Aida, See What I Wanna See, The Wild Party, The Vagina Monologues and turns in the films "Kissing Jessica Stein," "Just A Kiss," " The Tollbooth" and the upcoming "Ask the Dust."

Menken and Slater recently collaborated on the animated "Home on the Range" and will see their musical version of Sister Act make its world premiere Oct. 24-Nov. 26 at California's Pasadena Playhouse. The duo are also developing a musical version of "Leap of Faith."

The composer ? known for his work on Little Shop of Horrors, Beauty and the Beast ? has previously teamed with Disney on "The Little Mermaid," "Aladdin," "Beauty and the Beast," "Pocahantas" "The Hunchback of Notre Dame" and "Hercules." Lyricist Slater lent his pen to Newyorkers and That's Life. 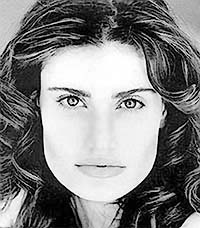