Descendants Soundtrack Debuts at No. 1 on Billboard 200

Administrator
Playlist Author
Disney's Descendants Soundtrack Debuts at No. 1 on the Billboard 200 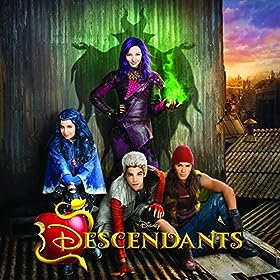 Burbank, CA — Walt Disney Records' soundtrack to Disney Channel's hit movie "Descendants" debuts at No. 1 on the Billboard 200 chart after scanning 42,000 units (includes TEA and SEA) in its first week of release, according to Nielsen SoundScan. The soundtrack marks the 5th Disney Music Group album in 7 weeks to debut in the Top 10 (Teen Beach 2, Breaking Benjamin, R5 and Bea Miller).

In addition to its chart-topping Billboard debut, the album ranked No. 1 on Billboard's Soundtrack chart, No. 1 on the Children's chart and No. 1 on both the Digital Album and Top Albums charts. The album also fast-tracked its way to No. 1 on the iTunes Album Overall and Soundtrack charts. Additionally, combined views for all videos on VEVO exceed 25 million, and the focus track "Rotten to the Core" has over 12.7 million views to date.

Disney's Descendants soundtrack was released on July 31st and is now available wherever music is sold.