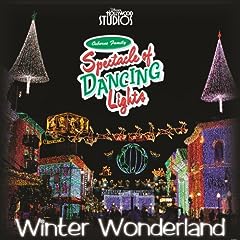 [/floatright]One of the holiday traditions my family most looks forward to each year is a visit to The Osborne Family Spectacle of Dancing Lights at Disney's Hollywood Studios. Since the show's debut in 1995, it has never failed to impress me. Over the years, the display has grown to more than 5 million lights and been enhanced with everything from a complete conversion to energy-efficient LEDs to the addition of images and music from Disney's "Prep & Landing" television specials. It's all so tinsel!

The team behind The Osborne Family Spectacle of Dancing Lights keeps looking for new ways to "plus" the show. This year, Santa Goofy joins the fun, making nightly appearances on the Streets of America. You'll be able to meet him in Goofy's Winter Wonderland, a special area set up right in Tri-City Square.

Also new is the addition of an eighth (ninth! —Admin) song for the dancing lights. Joining returning favorites like "Feliz Navidad" by José Feliciano and Barbra Streisand's version of "Jingle Bells" will be a special arrangement of the classic "Winter Wonderland" by Creative Entertainment Music Director Dan Stamper.

"As we talked about adding a new piece, we wanted to add something lyric and flowing," said Dan. "To me, the title 'Winter Wonderland' meant a time of transformation from hustle and bustle to an elegant beauty. In my mind were images of billowing marshmallow landscapes; where in the city, even the starkest, dark industrial buildings become a thing of beauty with snowcaps and gleaming icicles. The piece grows to a crescendo and then slowly fades as families gather together in their homes to escape the chill."

Get ready to be dazzled by The Osborne Family Spectacle of Dancing Lights, November 9 through January 6.