Check out my Disneyland Records Blog

Hello! I found this discussion forum recetnly and have been enjoying reading all the posts. I am a huge Disney fan and especialy a fan of the music, so it is great to find a bunch of people with the same love!

I have started a new blog about Disneyland Records and Disney music in general. There is not too much there yet, but much like my other blog, I plan to add to it on a regular basis. My most recent post shows a picture of the great Disney records display unit I got over Chrsitmas. And if anyone has pictures of their collections etc that they would like to share on my blog, please contact me at ronnroxx at gmail dot com.

Looks great, Ron! I bookmarked it and will return frequently.
R

JungleBumCT said:
Looks great, Ron!? I bookmarked it and will return frequently.
Click to expand...

Glad you enjoyed the blog. I plan to share much more of my Disney record/music collection as time goes on.

I am also having to move everything in the house as they are coming to install new windows soon. Once that is done and I can put everything back that way I like it, I will take some photos of my Disney Music Room and share those as well.

I haven't read all of your blog posts yet, but the photos are great! I did read your first post about your Amazon order; thanks for sharing the unveiling with us. I have that set as well and was really surprised by how great the book is. Thanks!
R

Gone2Disneyland said:
I haven't read all of your blog posts yet, but the photos are great!? I did read your first post about your Amazon order; thanks for sharing the unveiling with us.? I have that set as well and was really surprised by how great the book is.? Thanks!
Click to expand...

It was fun to share the experience with others who are as excited as myself about this amazing collection! Most of my friends think I was nuts to spend close to $100 for some "stupid collection of kids music.". They just don't get it like we do!

If anyone has photos/scans of items in their collection that they would like to share with others and don't have a place to do it, I would be more than happy to share the info/photos on my blog.

You can contact me at ronnroxx at gmail dot com.

Your blog is great and very very informative!? I bookmarked it immediately and plan to visit it again soon.? In fact, I have one I started last year but yet have made any new posts.? You can find it here as well: http://disneylps.blogspot.com/.

Keep up the great work!
You will know it is time to turn the page when you hear the chimes ring like this...
LET'S BEGIN NOW.
D

I love your blog, and thanks for linking to mine from it.
N

Have you seen these? 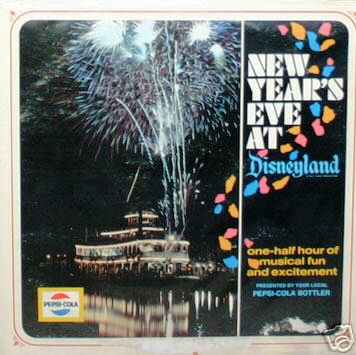 and an album by a jazz artist named Joey English recorded live at the Disneyland Hotel in 1980:

Here is a link to this blog which is "Children's Records & More". It's got a lot of Disneyland LP's which is available for download via Megaupload. Here it is.

Here is my YouTube channel that I did put videos from my Disneyland LP collection.

The New Year's Eve at Disneyland record looks very cool! being a collector of Coke & Pepsi (I can't pick just one!) and Disneyland, this would be a great item for my collection. Although I love the music, sometimes just the cover alone is the reason I want something.

As for having "canned" sound, it seems a lot of stuff back then was like that. I bought the recetnly released CD of the 50's "Walt Disney takes to to Disneyland", and it is very obvious that the whole album was recorded in a recording studio, not in the park. But that said, its still a fun listen.

Seeing Ronn's blog inspired me to start my own blog.
I only have one post (so far) about Disney music - but I'm sure that there will be more to come, and in the meantime you can look at some of the other Disney items in my collection.

On Ronn's blog I especially love the Fisher-Price Talk To Me book. because I always wanted one of them - and the Sleeping Beauty Book and Record becuase I had that when I was a kid
C